Omar and the poor mother 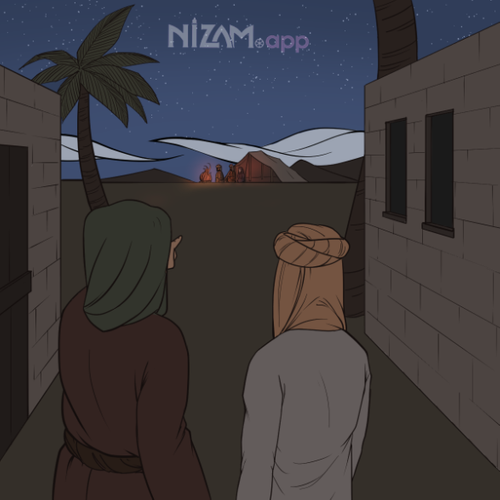 During his caliphate, Omar used to prowl a suburb of Medina with his servant, Aslam. In one of these rounds, he saw a fire in the desert.

Omar said: "It must be a camp. Perhaps it is a caravan that was unable to enter the city because of dusk. We will take care of them and ensure their protection during the night." 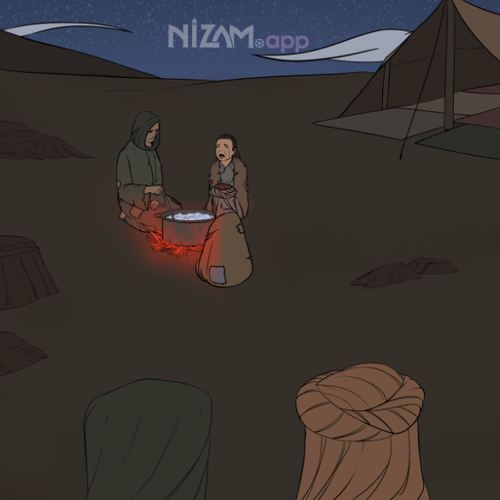 When they got there, they found a woman and some children. The children were crying and there was a pot of water over the fire. 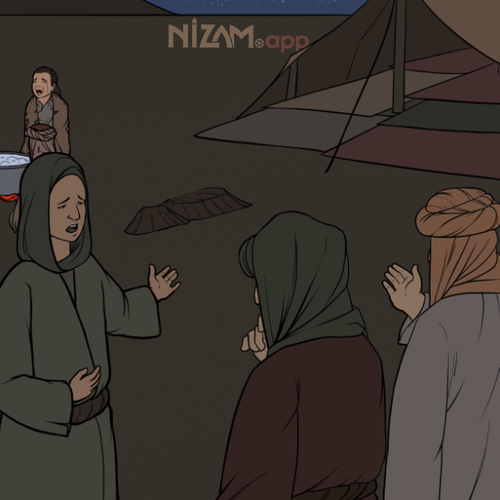 Omar greeted her with 'salam' and, with her permission, approached. The woman did not know who he was.

Omar asked, "Why are these children crying?"

She said, "Because they are hungry".

She replied, "Only water, so they calm down and sleep, thinking that something is being prepared for them. Ah! Allah will judge between me and Omar on the Day of Judgment, for neglecting me during my suffering."

Crying, Omar asked, "How could Omar know about your suffering?" The woman said, "Since he is our Amir, he should be kept informed about us." 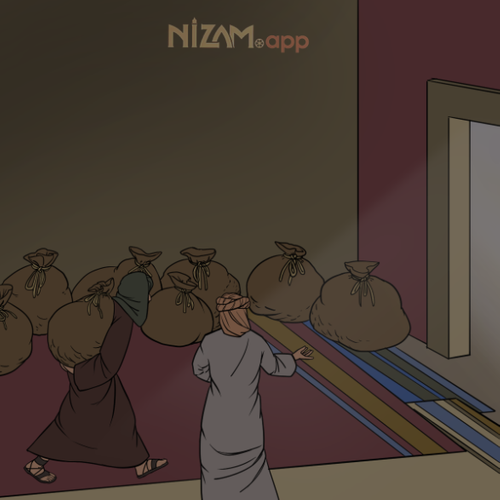 Omar returned to the city and went directly to Baitul Mal, the House of Charity. There, he filled a bag with flour, dates, fat, clothes and also took some money.

When the bag was full, he asked Aslam, "Put that bag on my back, Aslam".

Aslam said, "Please, no, Amirul Muminin! I will carry this bag!" Reluctantly, Aslam placed the bag on Omar's back, who carried it, walking quickly to the woman's tent. Aslam was right behind him. 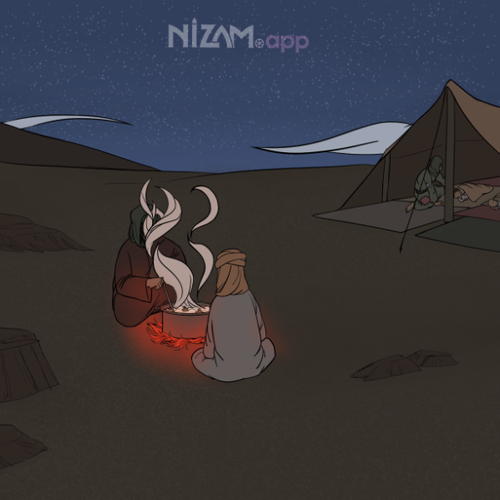 He put some flour, dates and fat in the pan and started to stir. He blew on the fire to light it.

Aslam said, "I saw the smoke go through your thick beard. 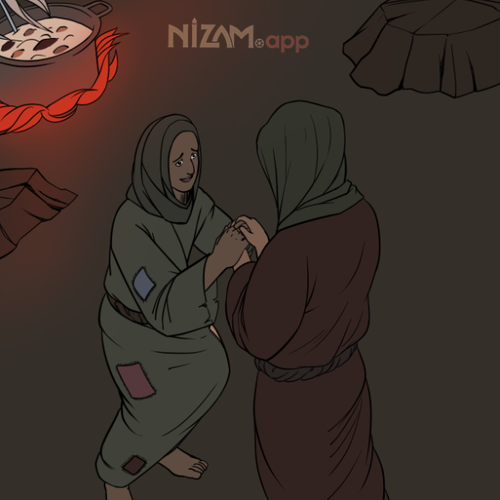 After a while, the food was ready. He served it for the whole family. They ate until they were full. So Omar gave them what was left to be eaten at the next meal. The children were very happy and started to play happily. The woman was very grateful and said: "May Allah reward you for your generosity. You deserve the position of caliph, instead of Omar".

Omar consoled the woman and said, "When you visit the caliph, you will find me there." Omar sat for a while in a place near the woman's tent and watched the children. 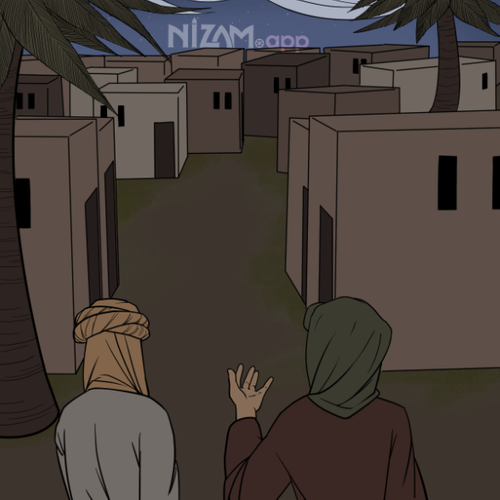 Dhikr is not easy, one shouldn’t want it to be

In order to worship God, you must know God

The man who remembered every night

When Imam Shafi participated in a debate